Nazca and those Lines

More desert even as I turned inland towards Nazca

Someone decided to do some offroading, starting right here. I don’t think it was intentional, but they are gone now.

I saw some protestors, or some riot police, but the two groups were never together. I reached Nazca without any problems and found a hotel that allowed camping. There was a swiss couple there in a big truck (too large for a shipping container, apparently), and we chatted some. We were all headed for Cuzco in the next couple of days, and they suggested a campsite on the edge of town. I liked the idea, it was cheap, but not being able to lock up my stuff while I was off at Machu Picchu concerned me.

After an awesome nights sleep in the hammock (that this is so comfy), I back tracked to the Nazca Lines 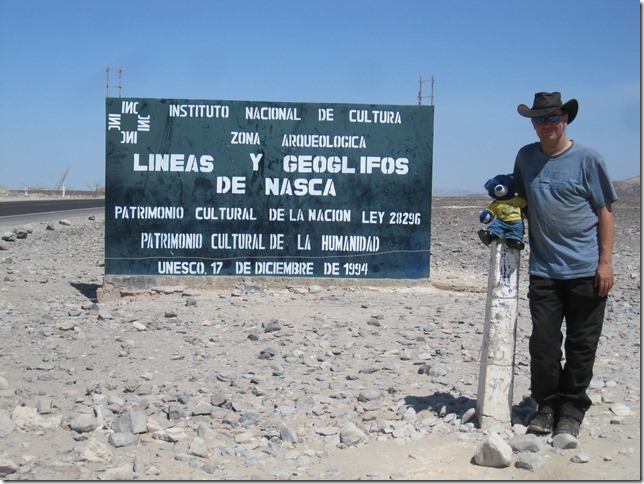 There are two ways to see the lines. There are a few overlooks, or you can take a flight. After watching the planes loop around like dogfighters I decided to stay on the ground. Asking around I’ve never met anyone who was on one of those flights and someone didn’t end up puking.

Of course, the tower didn’t look at the safe either. But up I went.

That guy was a guide, who pointed out the lines in case you missed them (see them on the left?) He also had stuff to say, but no English so I didn’t get much out of it. 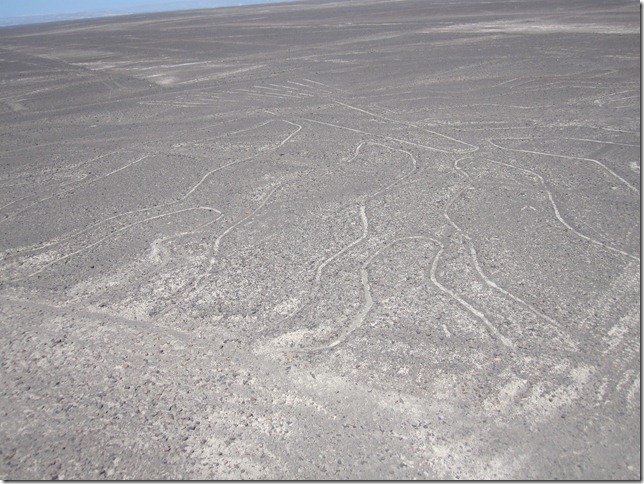 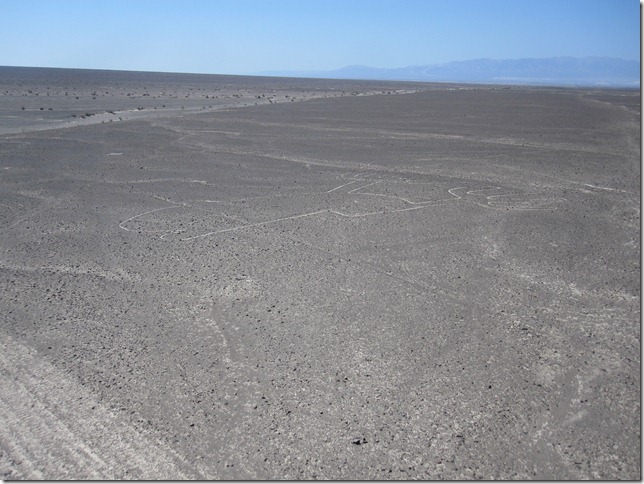 Part of me thinks I missed out on something not taking the flight, but every time I think I remember seeing one of the planes on it’s side doing a tight figure eight over the plain, and wondering how often they get inspected.

I stayed at the lines for a couple hours, there is also a hill you can climb to look for lines. 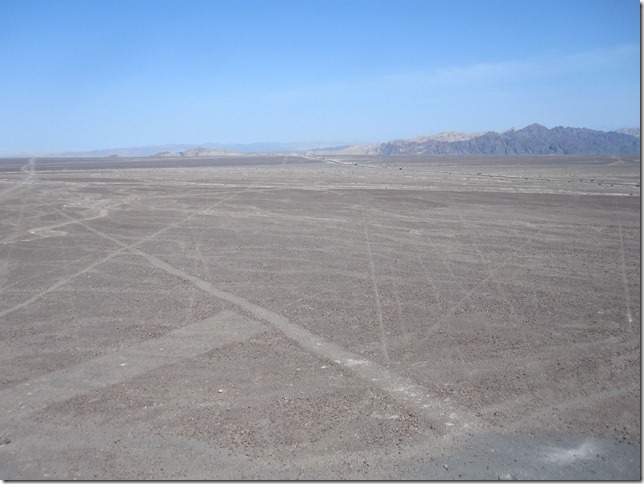 I didn’t see any Aliens, and I didn’t see why they would be needed either. Just me though. Back on the bike I aimed for the mountains and a Place called Machu Picchu. I figured it would take two days to get to Cuzco, where I would have to arrange the rest of the trip. That also didn’t work out.