Almost since it was released, the first edition of Going Small has received some criticism, mainly over the fact it was targeted at the beginner rider and didn’t cover enough depth on any of the topics. There were also some comments on the lack of emphasis on the motorcycle itself.

Rewriting the book to address some of these concerns has been on my todo list since late summer last year, when I realized that small motorcycles were actually getting popular and there were some people who really wanted to know more about travel on small motorcycles. Riders who weren’t new, but were instead looking to downsize their rides, maybe getting back to the simpler days from their early riding, or maybe just tired of machines that required the help of a small village to pick up when they fell over.
With this in mind, I started working out a new draft of Going Small, working off the old one and with some suggestions. This project led me to write Ten Things You Should Know Before Buying an Adventure Motorcycle, which came out as an ebook just before Christmas. I put it out there on something of a lark, and have been more than a little surprised at the popularity (much as I have been for Going Small, to be honest). 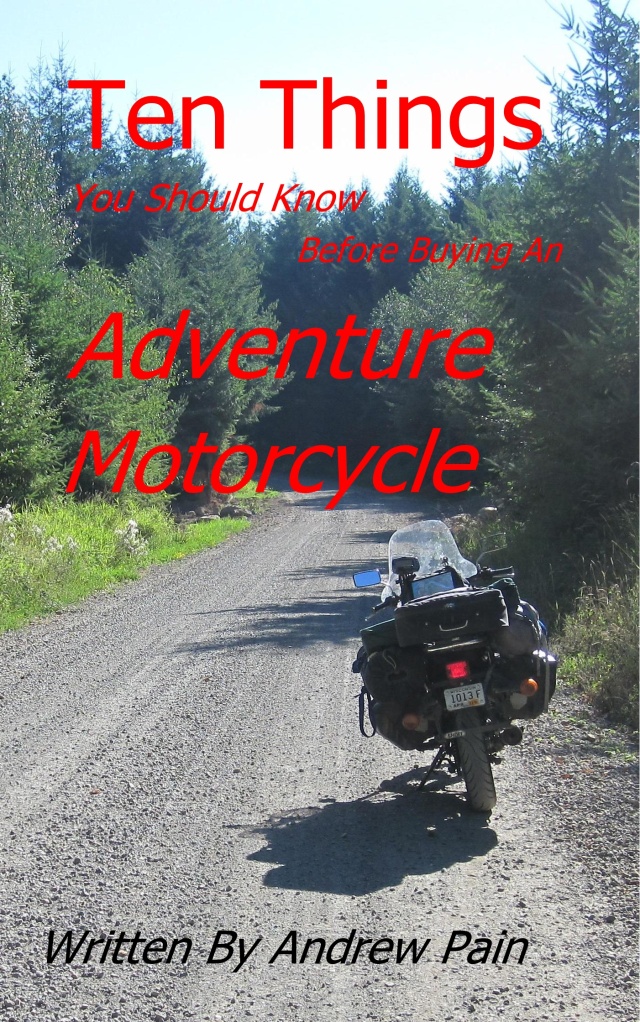 Mid-January I was done with the first draft new Going Small, which I was calling Going Small 2.0. I took a day or so off and then went back to re-read it and start some editing.
It sucked.
I mean, it was okay for a general motorcycling book, and covered lots of good information, but it wasn’t really about small motorcycles anymore. With all the new information the message that small motorcycles weren’t just able to take long trips but might actually better, was lost. I was very annoyed.
After thinking about Going Small, what I wanted out of the book and wanted to promote about small motorcycles, I decided to completely re-write the book. Instead of following the same general format of the first book and simply expanding each section, I focused on the advantages of small motorcycles and Traveling Small – the idea of traveling on a low budget and without investing hundreds (or thousands) of dollars on equipment.
The new draft took me a while to write, since I kept going back and trying to make sure the focus was right. I only just finished it, and haven’t gone back to start the first edit yet (that will be tomorrow as I am writing this) but feel generally better than I did even after I finished the first re-write.
Some things I had been hoping to add, like the expanded maintenance section that was one of the first things I had been asked to add, are still missing. Maybe an appendix, though I retain my hesitation over implying some mechanical skill is needed for motorcycle travel. I am also going to include Ten Things and the Packing List from the first edition, so there will definitely be more content when I’m done.

This entry was posted in Uncategorized and tagged motorcycles, sr250. Bookmark the permalink.