My ride plan had been to leave Iron Horse Sunday and head for the Ontario HU meet. This plan had hit a snag when I needed to replace my chain and sprockets before going anywhere other than Robinsville, the closest town. 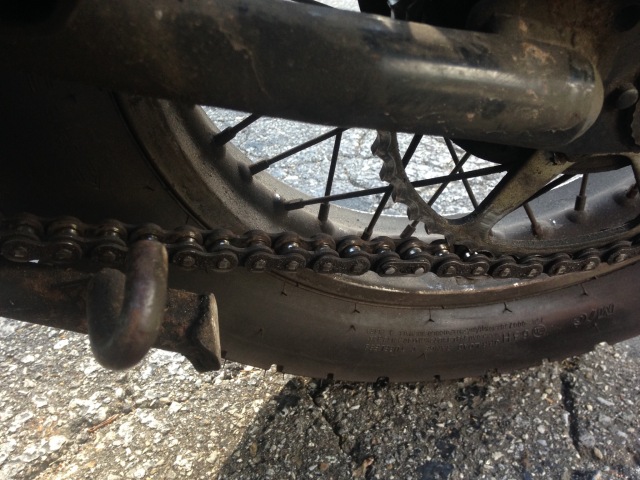 I had already ordered the parts I needed, so Monday morning I packed up, said some more good byes, and rode the short distance to town and the recommended hotel. It was a bit early to check in, so I went to find Wayne’s, the local motorcycle shop I had been sent too when I asked locals for help the week before.

Wayne’s was a but further than I thought it would be, but I found it. Wayne himself wasn’t there, and his counter person had no idea if the parts had arrived, so I decided to wait for Wayne to come back. 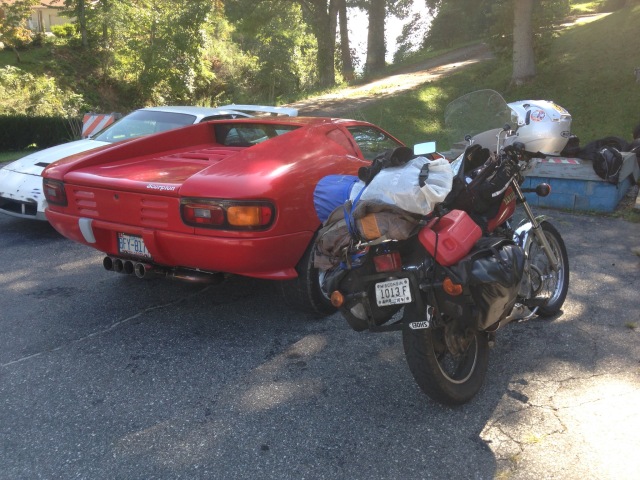 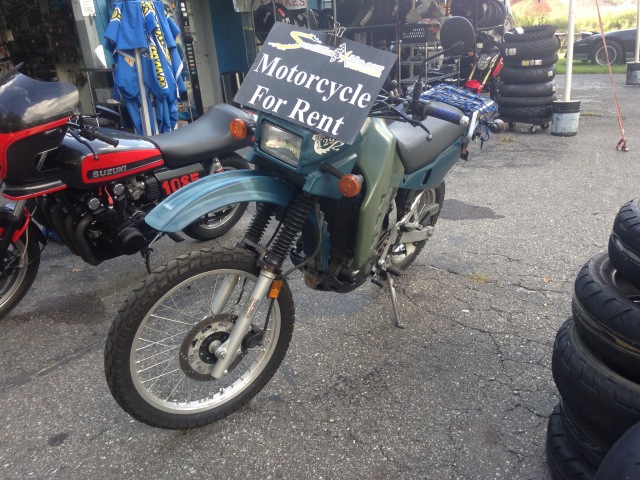 There were two guys from New Jersey there, Deals Gaps was just up the road, having tires changed. There were sport bike riders, their machines looked more like track bikes to be honest, and while one of them loved to talk, it wasn’t about motorcycle things for the most part, and the parts that were didn’t really interest me. He was out on the road, though, and that counts for something.

Wayne came back and told me they were still waiting on the sprocket, it was due to arrive with that day’s UPS shipment. I went back into town, ate, and then tried the hotel. It was still early, but they let me have a room and I unloaded Curiosity and took a very long, hot, shower. That felt pretty good.

Close to 5pm I went back to the shop. Wayne’s helper was gone and he quickly got Curiosity into his bay and started work. I had planned on doing it myself, but the fee for installation was small and I was pretty sure he’d be able to do it a lot more quickly. I was right. 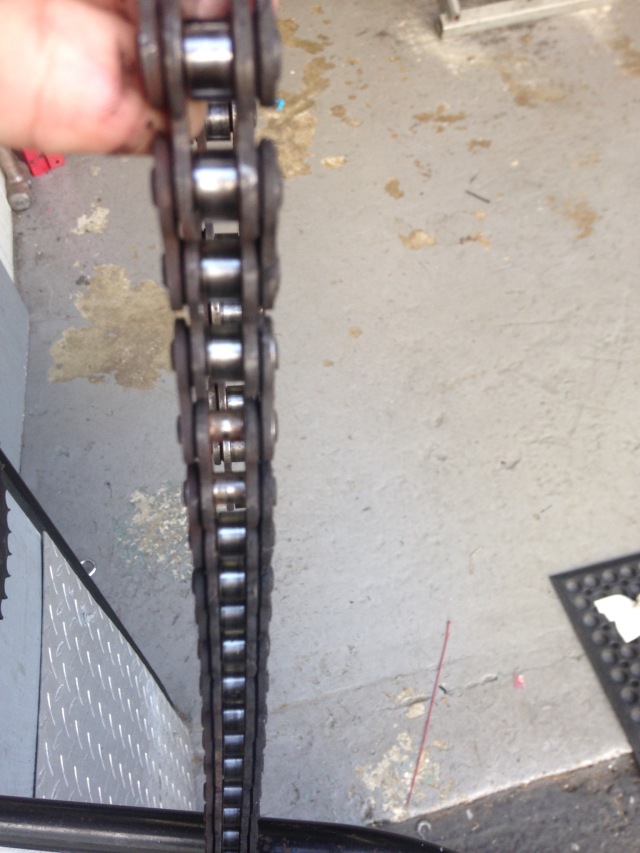 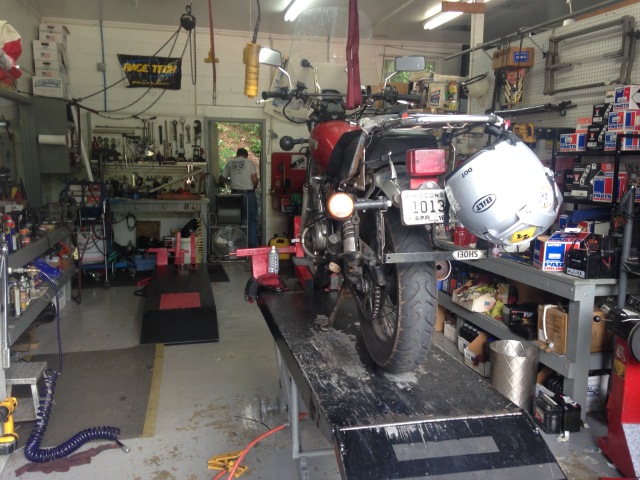 Rollers were breaking off the chain, which was a bad sign.

In not time at all Curiosity was back together. It was early and I wondered if I should’ve skipped the hotel and started north, but decided instead to go to bed early and get and early start.

In the morning, before dawn, I went out to adjust the valves, which had a bit of clatter, and found the adjustment screw for the intake valve didn’t have any adjustment left. The rocker arm itself was hitting the intake valve, which meant the valve wasn’t opening all the way. My on board volt meter kept flashing red too, saying the bike wasn’t charging, but it was running and had been for a while, so I decided that was probably a false reading.

I rode off after the sun was up, passing through Deals Gap again and heading north. I’d lost two planned travel days and was eager to try and make up some time, but the intake issue meant I didn’t have as much power as usual, which slowed me down. Still, it was a nice ride in the morning. 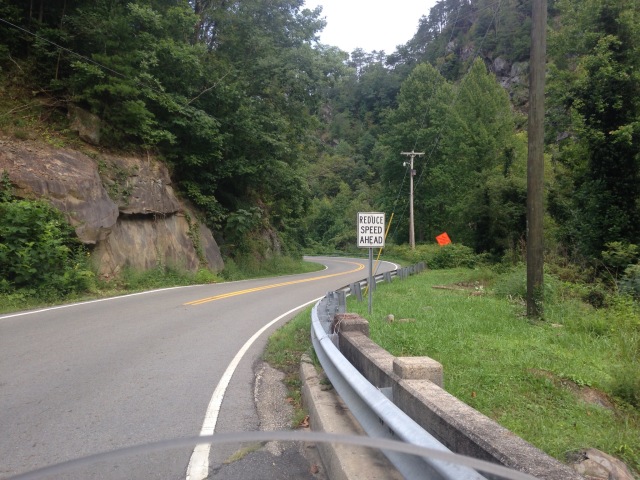 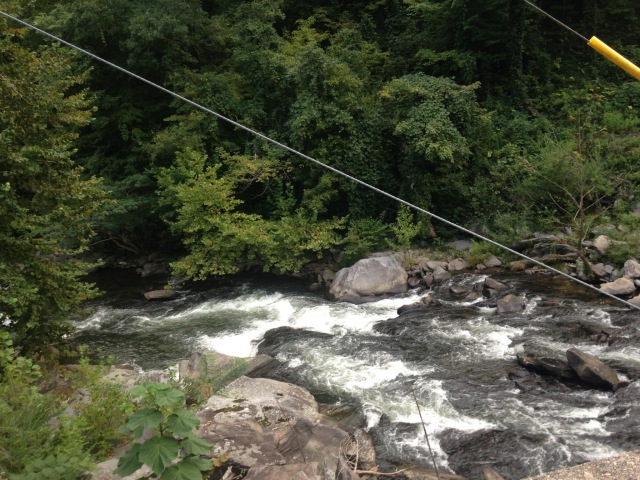 Over the next day and a half the bike ran worse and worse. It wasn’t charging, and I made a habit of stopping where I could buy a new battery when needed. I cancelled my appearance at the Ontario HU event, there was no way I was going to make it in time. Wednesday afternoon, after the bike had been running well, I stopped at a truck stop for food and fuel. It was the first time I’d stopped since the day before where I couldn’t buy a battery, and the bike wouldn’t start.

I worked on it for hours, but it was clear the regulator/rectifier had failed. It was the one part of the bike that was routinely an issues, and for years I had carried a spare. This was an aftermarket model and had been problem free, and I had stopped bringing a spare along with. That choice was now suspect.

Lucky for me, I have a woman who cares for me very much, and she came to rescue me at 11pm. Curiosity had to stay behind, since there want a trailer, and he next day I rented one from U-Haul and made the return trip. I had made it to three and a half hours from home. 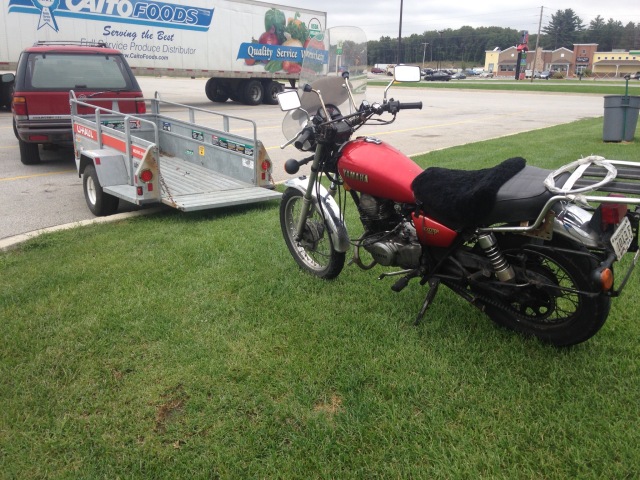